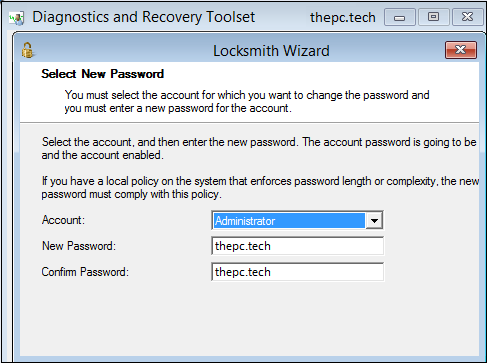 Windows DaRT 10, can be used as part of an Incident response to boot Into non-functional operating systems, and use the built-In tools to help diagnose and repair a range of Issues. DaRT Is used by many desktop support technicians when making calls to systems that fail to boot and operate. Although DaRT Is best suited to those who are tech-savvy In the IT sector, It's certainly user-friendly enough to be utilized by computer enthusiasts and hobbyists alike. As with all DaRT contributions on this website, this comes In a bootable ISO Image file so you can burn It to CD/DVD disc or Install It on a USB Flash Drive.


Windows 10 DaRT 10 contains (but not limited to) the following tools:

DaRT is able to perform either a quick single pass write (good for a quick re-image) or a four pass United States Department of Defense 5220.22-M complaint wipe if the disk needs to be disposed of after being sanitized.

Standalone System Sweeper is one of the most useful tools in the DaRT. One of the most common incidents desktop support technicians tend to come across in the field is a system that has been thoroughly infested with malware, especially particularly nasty malware that shuts down or otherwise disables the anti-malware software running on the system. Standalone System Sweeper can be used to identify and remove this malicious code from a system.

Locksmith is a tool that can be used for password recovery; resetting a local account that may have a password that’s been forgotten or the user has since left. Locksmith is very handy in consumer repair scenarios, but not overly useful in the corporate environment due to its inability to perform password reset on domain accounts. If there’s an unmanaged device (not domain-joined) that needs a password reset, Locksmith will do the job with ease.

During the analysis of an intrusion, system files may be identified that have been modified maliciously to stop the system from booting or stopping other assessment or recovery tools from operating. SFC Scan allows for a quick system repair of corrupted or missing system files. This isn’t the greatest option in a scenario where forensic analysis and preservation of the original system image needs to occur, but for quick remediation this is a very handy tool.